Not really recorded as captured, these are very raw recordings on a very simple 4 track machine back in the day, myself and les had some ideas and just threw them down without any skill or production knowledge at that stage.  Myself and Les were playing with our good buddy Pete Fryer who was streets ahead of us when it came to musicianship.  His fingers just flew across the fret board.  Unfortunately Pete was never recorded with us as he had moved in major circles and really progressed very quickly.  It was later in 2016 that our paths crossed again and appeared on a track I recorded called  ”Not so Famous now” which has now been recorded in two versions one of which is on the new Trouvaile album.

Down to the Wire

Now we were starting to get somewhere particularly with backing drum patterns etc and basic recording techniques, still four track and bouncing down tracks to enable around 12 instruments and vocals to be on the final mix / master.  Still very hissy though and by today’s standard there’s no comparison.  We used Red Wine Studio in Hednesford and asked Chris Warsop to produce NOW for us, it wasn’t bad but it didn’t knock anyone’s socks off.

This album was getting better and better and quality of recording was improving.  Most of the stuff on it was Pauls but Les had all the input into electric guitars except Butchers Biro which was mostly Paul and then Pete Pumford who supplied the backing rhythm acoustic guitar.  Mike Sabini wrote the lyric to Seventeen Years.  Steve Shirley Joined up to sing Now and again did a fantastic job double tracking the vocal.

The latest album to be released by Les and Paul started being recorded in 2016 at the Trench Studio in Telford, they both utilised the services of Steve Shirley and Pete Fryer in putting together a mixture of instrumental and vocal recordings to form this collection of various styles and modes.  Pete Fryer recorded his Guitar for Spirals of light in somerset and the mix and master was produced by Paul back in Shropshire.  No sooner as this one was released in June 2018 more projects are developing.

New Release due in March 2019 Strange Tales is the the second new release from the lads in 12 months excluding the First Shoots CD.  More info to follow soon.

Live for the Last Time

The first EP recording from sessions from the Teagues Bridge Infant School Sessions (this was an old School converted into a community centre; we used to block book it on a Sunday and Rehearse and record for a few hours).  The band consisted of:-

This was recorded in 1997 and was produced by Paul Edge and Brian Bott.

I enjoyed recording and playing with Rhapsody in Blues in the early days but as we became more popular on the local circuit it began to get a little serious which stopped the freedom and increased the fear of doing a lousy show. We did 2.5hrs every time we played; it was hard work and really didn't suit me playing live.

Recorded in 1998 was a more extended mini album, again produced by Paul Edge and Brian Bott.  I had to re-master and put more Keyboards and Bass on in the early Trench Studio to make the album passable.  Some good stuff on here though.  Remixed and re-mastered in 2003 or thereabouts

Live at the Huntsman

The band had already split up in late 1999 but we got back together for on last gig.  We played our usual cover set, I set the recorder going through Brian’s sound set up and then spent a few weeks mixing and mastering.  The only problem was that the live recording was absolutely crap so I had revert back to recording we made at rehearsals and mixing in the crowd to make it sound like a live recording with an audience.  This was the worst we had played ever and after 24 gigs with the band it was time to call it quits.

With One Eye Closed

In 2003 Dave called me and said do you fancy making an album, I said yes as I had moved the studio from Reel to Reel 8 track to 16 track digital and needed some practice and experience. The album took about 3 months to record on and off and was played extensively on the then TELFORD FM local radio for a while by Paul Shuttleworth.  All the tracks were written by both myself and Dave and no other musicians were present at any time of the recording.  I produced it and it has been remixed and re-mastered a number of times, the last being 2016 for inclusion on the www.pauledgemusic.com web page.  I produced, programmed all the percussion and drums, played Keyboard and Bass (plus an acoustic on No Passengers), Dave played all the lead Guitars. Faceless Warrior was also recorded on my own.  It was for a while my favourite but has you move forward and produce bigger and better stuff and play with different musicians your later stuff or the current material and recordings start to become more meaningful.

The album is available from February 2019 for download purchase from Amazon, spotify, Apple iTunes, Google Play  and other leading media outlets.

In 2008 we tried to get the band together with a slightly different line up, Myself, Dave and Kev started to rehearse the album we had recorded, it was shocking, we could not reproduce live without a a couple of others playing keyboards and additional guitars, eventually we gave up and went our separate ways.  Myself and Dave started to record  another album but again it fell apart a few weeks in.  Some good tracks were recorded which appear on the Beggars Belief Album of 2015.

Started recording in 2015 and only three tracks were completed before we went our separate ways again. Paul managed to salvage a shed load of material they had recorded back in 2003  / 2008 and remixed and remastered for the Paysage de Reve Album.  Blue Bone Music owned by Paul and Dave.

Paul and Dave released the album in January 2020. A short film is also being filmed on the making of the Album and will be available on YouTube and on DVD together with the release of the limited edition CD.  As usual the Album is available as a digital download on Amazon, Spotify etc..

In 2006 I was the proud owner of a new 24 track Roland porta studio and wanted to put it to use quite quickly so I started an album of my own material Groundfloor.  I played all the instruments except for Seagull which was myself and Pete Pumford on Acoustic Guitars and Lowe and Edge 4 and Mind the Gap from the early With one Eye closed sessions.  It was hard work as It was originally planned for a Dave Lowe and Paul Edge album but again it didn’t materialise.

2007 and this was my 2nd solo attempt although there was a track I included which originally was an acoustic piece with a vocal that sounded a little empty so I scored it, put drums and piano on board and Marrisa’s sister went mad for it to be included.  Lancelot that’s not your name (dedicated to Martin Barre) was written by Dave.  This was totally recorded at the early Trench and took around 4 months off and on to record. I hate and detest this album.

2009 as just the two solo albums put together to make a 16 track recording, I remixed both and re-mastered  so sounds a lot different to the original recordings

Moon for Sale is a collection of Orchestral instrumental pieces written and recorded during the first UK Lockdown in 2020 to test the studio after a complete new refit.

a second lockdown album written performed and produced by Paul Edge, originally based on the theme of the aftermath of the Chernobyl disaster but due to recent events in the Ukraine the idea was dropped but a couple of the original tracks survived the mix down.

The use of the BBC Symphony Orchestra plugin from Spitfire Audio was greatly involved.

CD ONE Volume One

March of the Roche Effect

A City of Significance

The Devils in the Detail

Nipped in the Bud

We are with You

I started some work with Pete Pumford recording other people and this album was the best, a band called Bedlam from Wolverhampton a folk band with a bit of a difference.

I recorded The lads (Les Astons Band) in 2014 both studio and live versions of Dakota and Wishing Well, again these were recorded on the mobile studio in Cannock in Staffordshire.  I enjoyed recording this, a great bunch of lads.

Paula was the lead singer from Rhapsody in Blues asked me to record a couple of tracks for her so we did, the Corrs Runaway and Mustang Sally, quite uneventful really but Paula had a good voice she could have gone places with it.  I believe she packed it all in when RIB split up.

Louisa has been in the studio recording together with Dave Lowe, Fields if Gold and Havana are the first tracks to be completed.

Matt has recorded two albums at the trench produced by Paul, although the 2nd album "life won't wait" was recorded by matt and mixed and mastered by Paul at the trench.  Release date is a little unclear at the moment but will be available on all digital media sites. 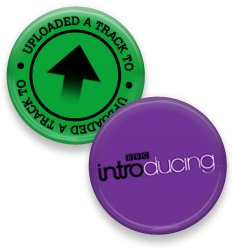